Avi Haliva graduated with a degree in engineering from the Technion in 2000 and completed his internship in Datamap.

During his 5 years in the company, Avi specialized in preparing registration plans and after that proceeded to work on the Highway 6 project in which he supervised the quantity calculation department providing guidance to CJV on behalf of “Cross Israel”.

In this project, Avi prepared documents prior to a request for tender, price analysis, monitored and controlled the quantities to the submitted accounts, and regularly monitored the project’s budget. A similar procedure was carried out by him as a contract and budgetary control engineer, which Datamap prepared for the Israel Ports Company.

His MBA he received in 2009 and moved to Tel Aviv in 2010 where he managed the Municipal Registration Center and the National Mapping and Surveying Department. He was responsible for initiating registration plans throughout the country and registering parcels after preparing plans for public housing registration. In addition, Avi was in charge of the national land arrangement on behalf of the Israel Land Administration.

After the reform in the Israel Land Administration, Avi was appointed as senior director for the mapping, surveying and GIS department and served as a member of the RAMI administration. After two years, he took upon managing the Center for Registration of Agricultural Grids.

Avi was in charge of all of RAMI’s spatial mapping departments, and was responsible for writing their work procedures, establishing their surveyor database and rates, as well as concentrating all geographic information layers (GIS ), and making the RAMI Program Database accessible to the general public.

In November 2018, Avi returned to Datamap, where he began his work as an apprentice. Since then he has served as the company’s VP. Avi Haliva is a certified real estate surveyor and assessor. He is also a member of the committee of the Israel Certified Surveyors representing Israel in commission 9 in F.I.G. 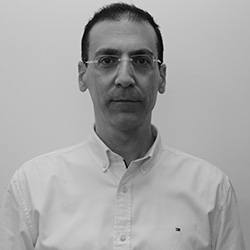